Skip to content
Foot Orthoses for CP
Not everyone with cerebral palsy uses AFOs! 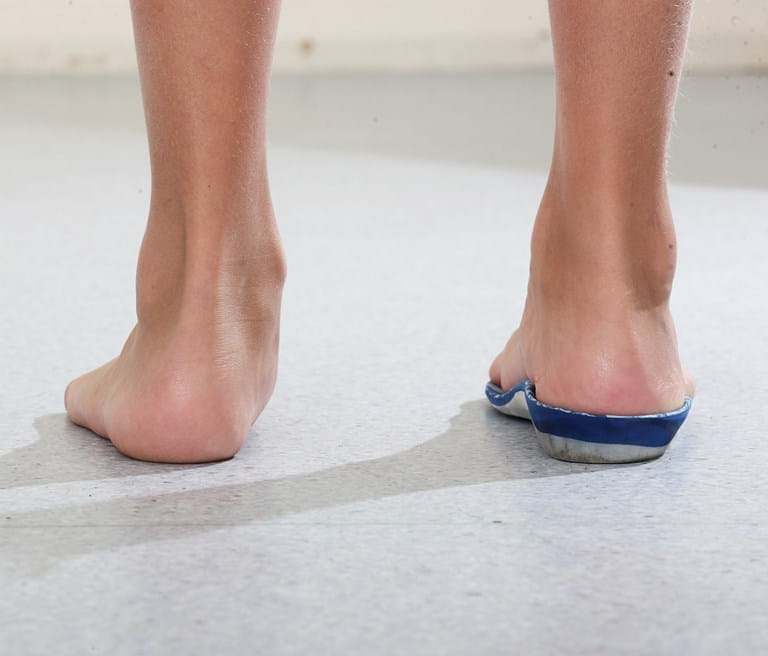 It may seem that the focus on cerebral palsy orthoses is on AFOs. Different types of foot orthoses, however, are commonly used by many people with cerebral palsy, whether to help reduce the effects of a flat foot, modify pressures under the foot or to help with balance. Sometimes foot orthoses are used in conjunction with AFOs, when AFOs might be used for a portion of the day but some support is still needed for the rest of the day.

Over-pronation (flat foot) is a common problem in cerebral palsy. It is most often caused by a tight calf forcing the midfoot to compensate for the lack of normal movement at the ankle. In hemiplegia the unaffected side may also end up with some foot problems due to uneven weight-bearing or gait compensation.

Another issue that may affect people with cerebral palsy is high pressures on the forefoot, causing pain. Orthoses can be made to re-distribute weight and cushion the foot, improving comfort.

The opposite problem to a flat foot is a supinated foot where the foot is taking too much weight on the outside of the foot. Orthoses can help in some cases to help re-distribute forces and even reduce some of the supination if the muscle and tendon lengths allow.

Foot orthoses are most often prescribed when there is significant over-pronation affecting the foot. They are designed to lift the arch and de-rotate the leg which is a consequence of over-pronation. For more information on foot orthoses, go to foot orthoses.  For more severe foot instabilities a Supra-Malleolar Orthosis (SMO) may be prescribed.  These provide more support than a foot orthosis, but less support than a full AFO design.  SMOs are very useful in children with hypotonic (low muscle tone) cerebral palsy where the foot is unstable. SMOs are made from a thin, flexible plastic that snugly holds the foot and usually will allow full ankle motion.  A shoe is worn over the SMO.

Return to top  Back